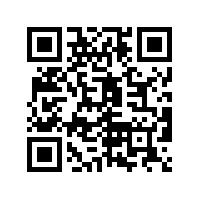 All of a sudden my Windows 7 ended up crashing with Blue Screen of Death when put to sleep, and I started investigating this behavior.

After a couple of crashes a pattern started to emerge: Blue Screen of Death was only an issue when the laptop was running on batteries – and NOT when AC was plugged in.

This led me to investigate the memory crash dump using Debugging Tools for Windows which indicated the problem was probably caused by dne64x.sys (part of DNE – Deterministic Network Extender)

Even though Citrix indicates DNE is practically flawless…..

With tens of millions of copies of DNE installed and over 12 years in the market, there are no known crash issues with DNE. However, because DNE is a kernel-level NDIS module that relies on packets from other drivers, we sometimes see crashes that appear to be in DNE. Generally these are caused by bugs in other products or drivers

This solved the problem – and my laptop sleeps tight again without crashing!